Cleaning Mould Around Your Home

Almost every human alive has had to deal with mould in some way, shape, or form at some point in their lives. Whether it’s found on food that’s been left in the refrigerator too long, or growing on the wall in some dark, damp corner, mould is simply a thing that we all have to deal with one way or the other.

That said, some kinds of mould are more serious than others. A piece of food left in a tupperware at the back of the fridge for a week or two can simply be thrown away and forgotten about. However, discovering a large patch of black mould on the walls of your house or ceiling is a much more serious problem that will require more serious intervention.

This article will help you better understand mould as it usually exists in our lives – what it is, where it tends to appear, and especially how it should be handled and cleaned once found. Read on to learn how best to keep yourself and your loved ones safe and healthy in your home!

As we mentioned, almost everyone has encountered mould at some point in their lives, but let’s take a moment to really break down and understand what it is.

Mould can appear a number of different ways around the home, but when examined under a microscope, we get a better idea of its real structure. As a kind of fungus, all kinds of mould share a basic structure – a single, vast, interconnected network of microscopically thin threads called mycelium. These threads connect to small individual branches (hyphae) which are tipped with little circular bundles of spores.

These spores are encased in a jelly-like structure (which is why mould is generally slimy to the touch), and when they’re ready, are released in order to serve two purposes. The first is a reproductive function, since they attach themselves to clean surfaces and grow the size of the mycelium network. The spores also provide nutrition for the mould by producing enzymes that break down organic material so it can be digested.

Why is it a Problem for Your Home?

We should all recognize the vitally important role that mould plays in our ecosystem as a “clean-up crew”, decomposing dead organic matter. At the same time however, There are two reasons you don’t want mould actively growing on or in your home.

First of all, it directly contributes to various respiratory problems and allergies when humans breathe it in. Secondly, mould, especially the infamous black mould, can cause structural damage, since its preferred food is the cellulose-rich material often used in construction – plasterboard, carpet, wallpaper and so on. 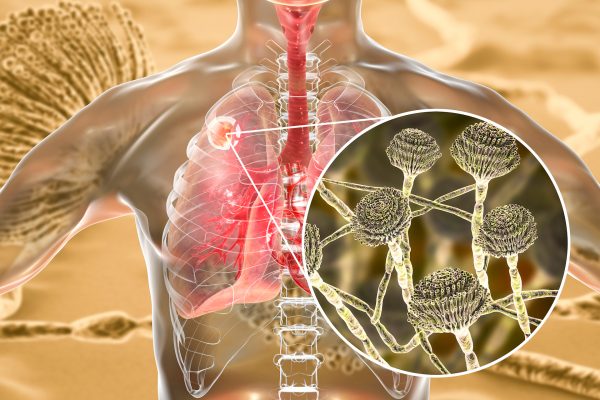 Aspergilloma of the lung and close-up view of Aspergillus fungi, 3D illustration. Also known as mycetoma, or fungus ball, a lesion produced by fungi Aspergillus in immunocompromised patients

How to deal with Mould

There are a few basic steps you can take to control or prevent mould on your home. Always keep a watchful eye out to notice mould as soon as it starts growing, and clean it right away with bleach or antifungal cleaning products as soon as you find any. If you notice one area has a tendency to grow mould over and over, you should look for a possible leak or see if you can find a way to remove excess moisture from the area to try and prevent (or at least lessen) it from growing back

But if you live in Brisbane, you are probably already aware that the tropical climate creates ideal conditions for mould. When you notice large outbreaks of black mould on the exterior of your home, a hand scrubbing with some bleach simply won’t get the job done. That’s where soft washing comes in.

Soft washing is often confused with pressure washing, and although the two are similar, they have important differences. True pressure washing is better used on hard surfaces like stone or driveways since it relies purely on the high pressure stream of water to cut away grime, mould, and algae.

Soft washing on the other hand still uses pressurised water, but at a much lower pressure level, and will clean algae and mould by supplementing the water with specialised solutions (typically bleach, water and sometimes a surfactant). Chlorine or bleach is a very effective yet safe household chemical. This method is the only surefire way to clean the exterior of your home of mould and mildew and guarantee that all the spores are killed on the spot.

In a damp environment like Brisbane, soft washing your house can offer a variety of benefits. Of course, cleaning the exterior has aesthetic value, but more importantly a soft wash is an excellent way to deal with mould buildup. If left unchecked, the mould spores can easily enter and propagate inside your house, leading to other health risks and potential structural damage as the spores start eating away at interior surfaces.

In addition to destroying mould and algae down to the root, soft washing can offer several other benefits to the outside of your home. The process will destroy the nests of insects and other pests, and will clear out little nooks holding stagnant water that are breeding grounds for mould or mosquitos.

While mould is a natural and even necessary part of life, nobody wants an outbreak of it on the outside of their home, where a single open window can invite a full infestation indoors as well.

That’s why, if you notice any mould growth on your home, you shouldn’t hesitate to contact Boost Exterior Cleaning. Located on the South side of Brisbane, we pride ourselves in using only high quality, professional equipment to give your home the thorough but gentle cleaning it deserves.

Our cleaning process will ensure your home looks its best for years to come. Get your free quote today! 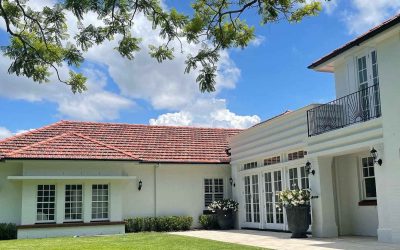 Why should you get your house soft washed annually?

Your house for most people is one of your largest investments. Like... 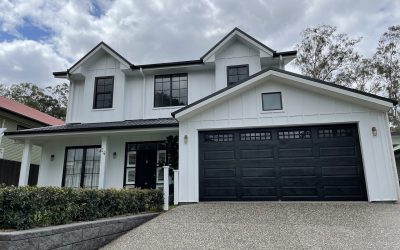 The Importance of Pre-Sale House Washing

Selling your home is a huge deal.  Getting the property ready to... 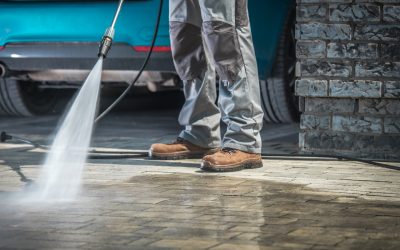 Top 5 Reasons for getting your Driveway cleaned and sealed

Two of the most commonly used materials in building and outdoor...